Get fresh music recommendations delivered to your inbox every Friday.
We've updated our Terms of Use. You can review the changes here.

by The Mountain Movers 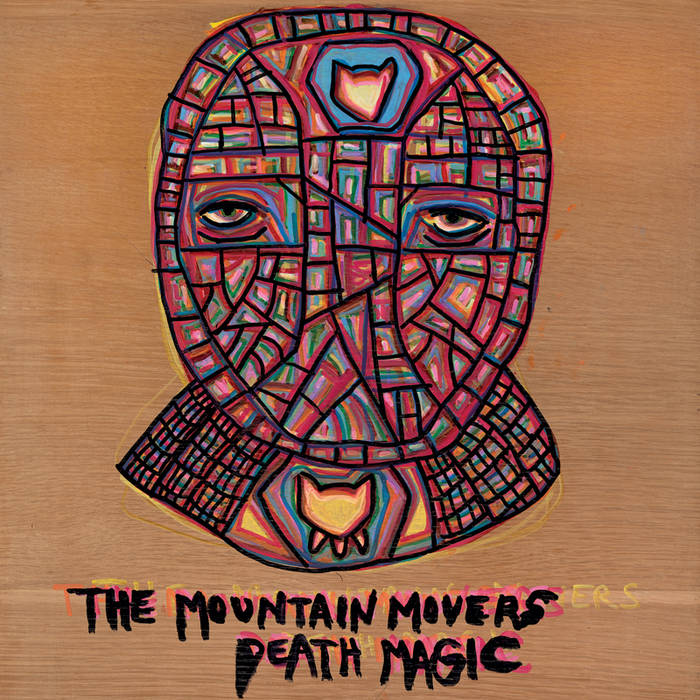 Although five years have passed since Apple Mountain, the Mountain Movers’ last full length album, the band has been working steadily, releasing a half dozen 7” EP’s and cassettes. Over the last couple years their line-up has stabilized, one of incredible chemistry, and with every live performance the band’s interpretations of Dan Greene’s song writing have become increasingly direct, focused, and tonally powerful. The result is the highly anticipated new full-length album, Death Magic.

Many bands described as “low-fi” only begin that way, and as the artist improves, so does the level of fidelity. But the Mountain Movers have upended the usual trajectory. After their ambitious and incredibly realized album Let’s Open Up The Chest (2008), a hi-fidelity studio production, subsequent releases were grounds for experimentation and home recording, resulting in a sound that some might call low-fi. For the Mountain Movers, this experimentation was a quest for an elusive tone, a far-off texture, and anyone who has seen their live shows over the last few years has witnessed the Mountain Movers distill their formula into something organic, pure, and unmasked. To make this album, the band set up in the modest basement studio of former member John Miller, whose production is live, transparent, and captures the feeling of what may be Greene’s best song writing to date. Death Magic is not another over-produced, ultra-digital pile of overdubs and effects. Rather, these ten tracks document an inspired, unified performance—fuzzed out, pounding, and hypnotic.

Recorded and Mixed by John Miller
Mastered by Mitch Rackin

Based out of New Haven, CT.

pressing psychedelia, punk, weirdo pop, and other left of the dial projects

Bandcamp Daily  your guide to the world of Bandcamp